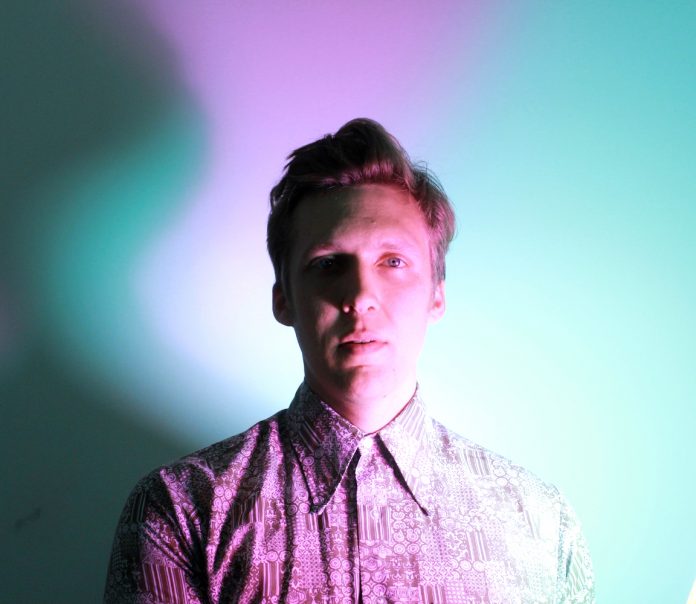 Manual Cinema is a performance collective which combines handmade shadow puppetry, cinematic techniques and innovative sound and music to create immersive visual stories for stage and screen. As part of their world tour, Manual Cinema brought shows to Shenzhen, Guangzhou and Hong Kong.

In today’s interview, DB meets the Artist Director of Manual cinema, Kyle Vegter. Kyle is also a composer, producer and sound designer. As a composer, he has been commissioned by groups such as: TIGUE, The Chicago Symphony Orchestra’s MusicNOW series, the Chicago Composer’s Orchestra, the New York Times and NPR’s Invisibilia. His production credits span genres and include recent releases by Thin Hymns, Spektral Quartet, Tim Munro (of eighth blackbird), and Color Card. His past Composer/Sound Designer credits with Manual Cinema include Lula Del Ray, Ada/ Ava, FJORDS, The End of TV and various other performance and video projects. He has been an artist in residence at High Concept Laboratories, and co-founded Chicago’s only contemporary classical music cassette label Parlour Tapes+.

I’m our Managing Artistic Director. Creatively, I’m a composer and sound designer so I work mostly on the sound and music for our shows, although all 5 of our artistic directors work closely on narrative and storytelling.

DB: Can you tell us a bit about your artistic process when it comes to telling a story without words?

Our process is a bit of a hybrid, involving aspects of both theatrical and cinematic processes. In the beginning it looks most like making a film. We begin with a written out ‘screenplay’, though because our medium doesn’t use language the screenplay doesn’t use dialogue- it more describes the action of the piece it reads a bit like a short story. It is the initial kernel that the show will be based on. We have a very collaborative process and all 5 Artistic Directors are involved in shaping the narrative so there’s usually a review process, writing room style meetings where we make changes and finalize the screenplay. Once we all agree on the basic story beats a storyboard is created which spells out shot for shot how the story is told visually. They look a lot like the storyboards for a short film. At this point our designers begin making puppets, they use the storyboard as a guide for which puppets need to be made. They use these puppets to create, shot by shot a video version of the piece which we call a demo. This demo is handed off to our sound/ music team which scores and sound designs it just like you would any film. At this point the process shifts into one that more closely resembles a theatrical production. Using the demo film of the piece as a guide we go back and figure out how to stage each show, how to cue each sound, where musical entrances will go etc. The puppetry team and the music/ sound team first rehearse separately. Then the final step is bringing the two entities together to figure out who is cueing who, and generally how the piece gets performed. 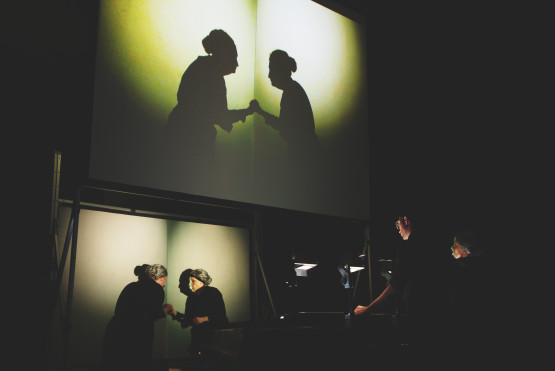 DB: When using puppetry and silhouettes, how do you achieve such intense emotions without the use of facial expressions?

Shadow acting can be incredibly expressive. Our actors make use of their bodies much more than standard theater actors. They borrow from traditions such as mime and clown to use their full silhouettes to tell stories. Puppets can also be very expressive, our puppeteers work hard to bring tiny piece of paper and acetate to life. Sound and music also play a huge role in our work, because we don’t use dialogue or faces as you point out- sound and music have to pull extra storytelling weight. Each sound has to tell the audience about the interiority of the characters in the piece, and each piece of music has to be hyper attuned to what’s happening in the narrative in order to create the kind of immersive and emotional stories we love to make.

DB: You bought different shows to Hong Kong than to in Shenzhen and Guangzhou and other cities on the tour. How do you decide which shows get performed where?

Generally a presenter, whether they be US based in Hong Kong or China or France, will come to us with a particular show already in mind. So we don’t usually choose which shows go where, we rely on presenters to know their audience and which shows would do well where.

DB: What does it feel like to watch your artistic vision come to life and be appreciated by audiences all over the world?

It’s absolutely incredible! It is by far the best part of the job, to see something you labored over for months (sometimes years) be appreciated and for it to really communicate with an audience I think is why anyone starts working in the performing arts to begin with. Because our work doesn’t involve dialogue or a specific written or spoken language, we’ve found that people from all over the world can appreciate it which is a huge advantage and one we weren’t aware of when we first started out. It turns out puppetry, cinema, and music are languages that are universally understood.

DB: Do you hope for your creations to be received in a certain way or do you enjoy people projecting their own interpretations onto your work?

I think we always love our audiences to interpret our work however they like. Of course we have a specific story we’re trying to tell, and we hope that most of that story is understood and felt, but because our medium doesn’t involve language we have to leave some aspects of the work open to interpretation. There is a poetry to the work that is sometimes felt rather than understood, and that can be interpreted in many ways. There is also something about shadow puppetry, the juxtaposition of absence and presence that allows an audience member a way into the story. They start to see themselves in the shadows and I think that’s something really unique and powerful about our work.

DB: What are your hopes for the future of Manual Cinema and do you anticipate returning to China in the future to perform more shows?

Well we’re always working away at new projects, we have a new theatrical adaptation of Mary Shelley’s Frankenstein that will premiere in late 2018 and a few film projects in the works as well. We would LOVE to return to China! There are no specific touring dates to speak of right now, but it seems like the work was very well received and our performers had an amazing time- I imagine we’ll be back pretty soon. In a country like China that has such a rich and long tradition of shadow puppetry it feels like a natural fit for our work.

化作通变——第七届广州三年展@广东美术馆 | “Symphony of All the Changes”——The 7th Guangzhou Triennial Hosted...