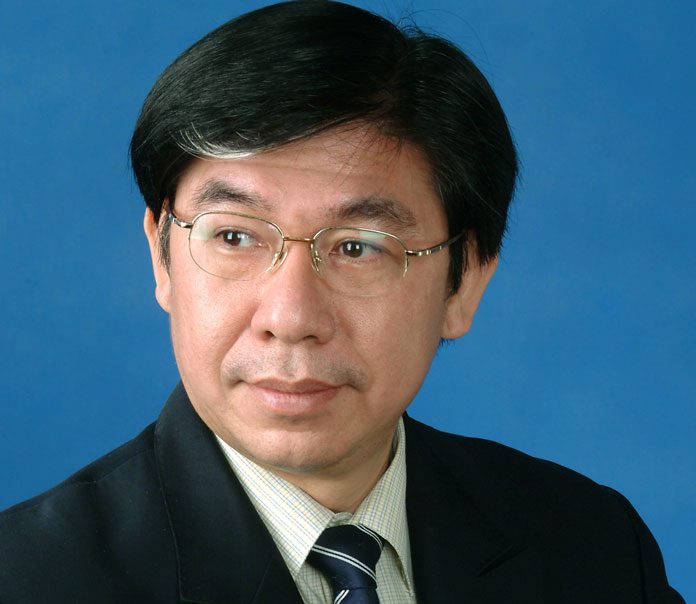 DB was given exclusive access to interview CEO of Sino-Singapore Guangzhou Knowledge City Investment & Development Co; Ltd (“GKC Co”), NG Kok Siong. Firstly, DB asked about the CEO’s overall balance of his first six months as CEO of GKC Co. Mr. Ng stated how his five years of work experience he gained when in charge of the Sino-Singapore Guangzhou Knowledge City (“SSGKC”) Project in Singbridge Group helped the transition of his new position. “A process of familiarisation was created through my current team’s professionalism and the confidence and support from the government, which in turn greatly reduced communication barriers between the government and myself”.

Mr. Ng then proceeded to make comparisons between the Guangdong province and Singapore. “My forefathers are from Guangdong and many Singaporean have a clear understanding of Cantonese and since now and from when I first arrived in Guangdong around 2003, I’ve seen the area grow tremendously fast”.

NG Kok Siong has experience in several branches of the real estate industry, specifically in investment and development. DB wanted to know whether he feels this will help him in the future as CEO of GKC Co. Mr. Ng spoke of the experience he had gained in the real estate investment and fund management industry and how he hopes this will be a focal point in contributing to successfully finalising the next phase, which he was adamant will not be rushed. Of course, Mr. Ng is aware of the pressure for the speed of development but stated that he values, “Quality rather than quantity” and that SSGKC want to avoid moving too fast, unlike many failed industrial projects have done in the past. They have not met the needs required to succeed.

Additionally, DB asked Mr. Ng if he thinks China changes too quickly, especially the Guangdong area, and if adapting or changing project planning is important. “Of course we determine a particular direction, but we also adapt when necessary. In this way, the final result may not exactly be what we initially set out to do, but we always manage to produce the requirements of the society and the country as a whole. The project that we consequently envision is divided in five main elements. It has to attract talents, be eco-friendly, livable, physically developed, and finally government supported.

DB asked Mr. Ng about his opinion about the upcoming event San Jiao Ling are organising, which concentrates on celebrating creativity & innovation. The question was whether Mr. Ng agrees with the event’s objective to encourage innovation, if it is a good way to do business, and what role he personally thinks that innovation has in today’s society. His reply focused mainly on innovation in today’s China, “China is a forerunner in today’s market and there is still plenty of room for the country’s economy to grow and be shaped by this concept”. Mr. Ng then went on to explain how innovative and development ideas have been created to help the sustainability of today’s economy, “Innovation has brought about the introduction of new products and techniques, allowed new markets to develop, it has been a big contributor in solving employment problems, and seems to be a positive concept in relation to the allocation of resources”.

China has recently responded to the economic slowdown by grasping innovative opportunities and Mr. Ng stated that this notion should be understood on a global scale too, especially if other countries want to compete economically with the likes of China.

Although other countries can ‘take note’ of the Chinese economic process as an example, or guideline for 21st century economics, China can learn from others also, such as Mr. Ng’s home country of Singapore. “The Guangdong province has been exploring economic transformation for over a decade now and I feel it is very possible to take Singapore’s economic experience of transforming regional areas and bring those ideas to Guangzhou or other cities within the province of Guangdong”.

DB then continued by asking Mr. Ng about his company’s project–Guangzhou Knowledge City and how it aspires to develop a sustainable, environment-friendly city that targets knowledge-based industries and how this relatively new concept in China is a good example for innovative business-thinking. Mr. Ng stated how his SSGKC project uses a focus mode of business first and a government driven ethos, whilst also considering local conditions, which is an aspect that relates back to the Singapore Launch Pad System, but it seems what first needs to be created, is an innovative eco-system foundation.

The project was started in 2011. DB was wondering where the SSGKC is standing today. It has most certainly advanced and its shape has well and truly taken form. Recently, a breakthrough was made by raising the Knowledge City to state level collaboration project. The next stage is building the infrastructure such as a metro line to the Knowledge City, which will be ready for operation by 2017. Other infrastructures are road network construction, building resettlement districts, building and maintenance of water, electricity networks, and other municipal and supporting facilities, such as electrical pumps for electrical vehicles, which are all currently in progress. Mr. Ng also spoke of the outside investment from companies such as China Mobile Ltd, Cisco-TC, ZTE Corporation, and South Base of China Telecom among others.

According to the ‘SUA (Startup Area) Master Plan’, it was believed that the first residents and workers were expected to move in by 2016. DB wanted to know whether this goal is still realistic. Mr. Ng confirmed and told us more: “Although the SUA is approximated at this time, Horizon (Guangzhou) Property Development Co. Ltd will finish building production by June, and many tenants and companies will move into Ascendas Onehub GKC in Knowledge City by the mid/late-2016”.

DB’s final question for CEO NG Kok Siong was about GKC’s new project for Innovation & Entrepreneurship and its aim to build an international platform and ecosystem. DB queried of GKC’s valued proposition. Mr. Ng explained that GKC holds a unique selling point of being a catalyst for industry transformation through being part of an ecosystem that integrates together with the government, universities, VC communities, industrial support and provides valid innovation opinion for both China and Singapore. Mr. Ng concluded with GKC’s role: “We are an accelerator to help international startups to obtain capital and market access in China. Through Singapore experience, we can now create an international innovation & entrepreneurship platform”.