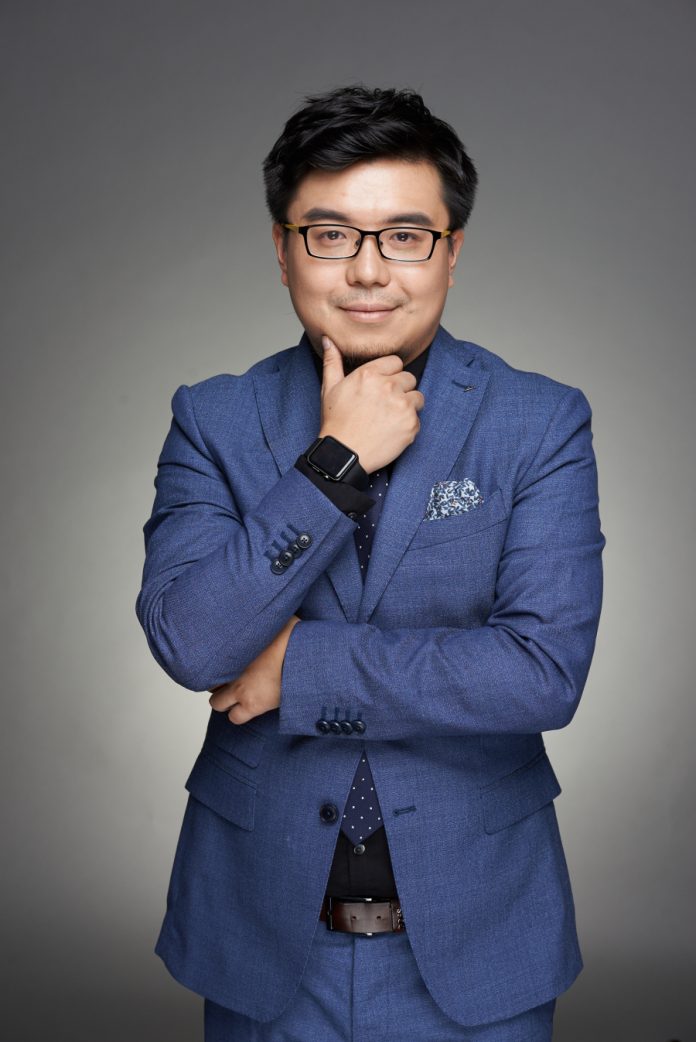 Well I started it out as a hobby, rather than as a business.  Back in 2007, when I was still a student, I knew nothing about media, I had no background in it. My major at the time was computer science, more focused around wireless networking technology. So initially I started the website as my own personal blog, where I covered new interesting technologies, upcoming tech startups and the like.

DB: 您的独立博客如何发展成一项事业？How did you manage to expand your personal blog into a business?

Until 2012 I was blogging as a hobby, for 5 years they did not generate money. Then in 2012 some people came to me and said “hey you should do this as a career rather than a hobby”. Around that time Chinese people in particular were beginning to access the internet more and more, internet usage was skyrocketing in China. So I thought “yeah I’ll give it a try”. On one hand, I was seeing many Chinese start-ups succeeding and growing successfully, but on the other hand when I started blogging I blogged in English, and only English. At the time some friends of mine helped me with translating my blogs to Chinese. Back then I could see that there was potential in the venture, I had a feeling that maybe one day this could succeed, the potential was there.

DB: 您对过去十年中国数字媒体市场的变化怎么看？How would you say the digital media market in China has changed over the past decade?

Well it’s certainly changed a lot. It’s really amazing, sometimes I feel its unbelievable how much it’s changed. The money and resources were being directed to the startups, the new businesses, the younger generation. All these resources were coming top down from governmental sources. I felt that was good, that’s a big change. I always felt like the government never really knew startups and what they needed to function productively as part of the economy. Because too many things are happening in China these days and everyone’s thinking “okay, let’s start something new”. That attitude now exists in the Chinese market. And this can only be good for China, everybody should try. Because while not everyone can be a boss, not everyone can be a manager in a Fortune 500 company, no one knows until they try.

Oh, you know the story (laughs). Well actually what caused the change was my move from hobby to career. Because “Mobinode” stands for “mobile node”, which represents one of the topics I researched for my PhD in Wireless Mobile Technology. Then I changed to “Technode” because it made more sense, it was less specific and allowed us to cover a wider range of topics, to diversify.

DB: 为什么选择并投身了媒体业务，当初您可以致力于自己的专业领域（无线通信技术）？Why choose to enter the media business when you could have actively been involved in your passion field (wireless technology)?

That’s true, I think it would have been easier to move directly into my trained field. Because I didn’t know how media worked, it gave me a kind of special trait amongst my media peers. While professional journalists look for the latest news in the spotlight, for me it was simply a matter of looking for the most interesting and eye-catching developments in the technology industry, whether known to the public or not – my goals were simple and humble. Start-ups themselves aren’t influential enough to drive the kind of traffic we need for an established business. So I always tell my reporters not to worry too much about traffic, within reason of course. And what our business model has evolved into is one centred around the very best start-ups in the industry, it’s our role in the market and allows us to contribute to the ecosystem. I feel I’ve had a wider impact on the technology industry here with Technode and Techcrunch than I could have had moving into my major field – it’s my passion and I enjoy it above all else.

DB: Technode在2013年发行了一本名为“墙后的网络”的电子书，里面讨论到中国初创企业的状况。您觉得创业环境自那以后有所改变吗？Technode published an e-book in 2013 “The Web Behind The Wall”, which discussed the state of the Chinese start-up industry. Do you feel the start-up scene has changed since then?

I think lots of things have changed. The market changed, the infrastructure changed, but most importantly technology changed dramatically. For example the boom of the smartphone industry over the last decade widely expanded the kind of topics we covered, coming from it’s originally less developed origins. The introduction of 3G and 4G wireless technology has also given the general public an entirely new and convenient way to access the internet on the go, and this has helped us with traffic considerably, we were able to position ourselves as a content provider whose content can be read both at home and on the go.

DB: 您是否觉得与初创企业的广泛合作，是受到了自己当初创业的挑战启发而来？Do you feel your extensive work with start-ups has been inspired by the challenges you faced with your own start-ups?

Every market has its own culture, so I cannot help new companies in all business environments. Take India for example, I have been there to meet with start-up enterprises and try to encourage business there, but I cannot do as much as I do at home because I do not know the Indian market, like all foreign markets it has its own culture and way of working.  But if I have the opportunity I want to help, especially in China – because it is my home market, I know it. But if possible, I would also like to bring the resources and know-how gained from China to other countries like India, where I can at least make some small contribution to the growth of entrepreneurial business there.

DB: 为什么停止运营TechNode.fr动点科技法文版？Why did you halt your venture into the French speaking market with Technode.fr?

It’s mainly to do with cost. But also the culture there. After a while we realised that actually, French people have a tendency to read their content in English (laughs).

DB: 您有没有其他国外市场开拓计划？Do you have any other plans to expand into foreign markets?

Perhaps, but rather than European, I think we would focus on other Asian markets closer to home. Because despite being so close to us, we understand that foreigners even in the same continent do not understand and want to know the Chinese market better. So that is an opportunity for us that we could perhaps explore sometime.

DB: 今天您会给中国的创业公司什么建议？What advice would you give a Chinese start-up enterprise today?

From my experience, creating and growing a start-up is like a lifelong journey and commitment. My main advice would be to have a full understanding of what you are doing and the responsibilities you are taking on by making your passion a career. Also I would urge new entrepreneurs to never give up. Business is never a smooth process, and especially at the beginning stages in a market like China nothing is certain. Money and talent are usually the main problems most new enterprises face and what brings them down in the end. But who knows, even a failure may be followed by a success in future, the market is still new and growing, and there is still room for all wishing to partake in its revolution. 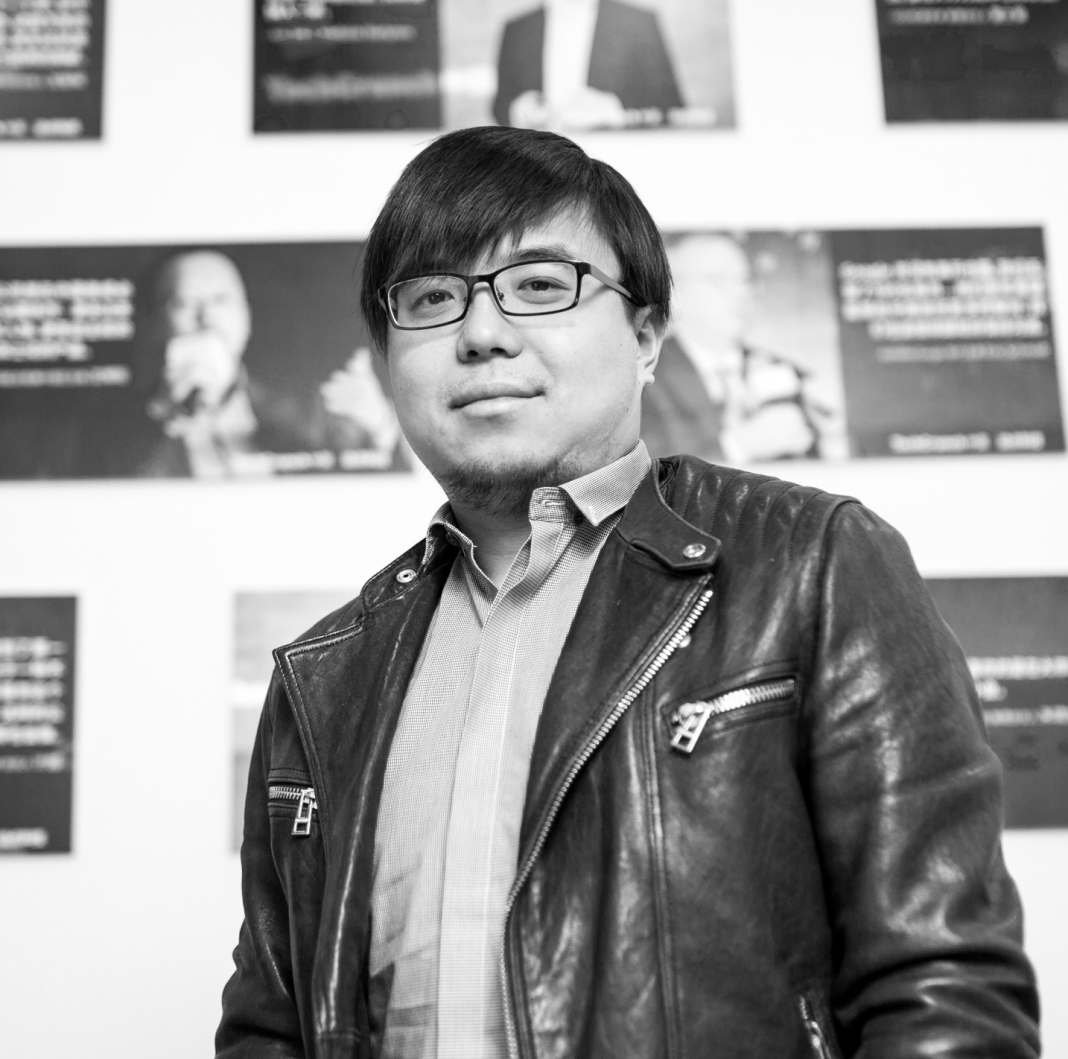 DB: 随着Technode逐步发展壮大，你觉得自己是否保持着踏实谦逊的心态？Do you feel you have maintained your “down to earth” mentality as Technode has grown from its humble origins?

Yes, I think it’s still important, especially in China where distractions are everywhere, to maintain that way of thinking. I always encourage my staff to also maintain the same mentality too, because after all Technode is in my eyes still a start-up, we are as susceptible to change as the next enterprise. So we have to be aware of that at all times, no matter how much success we may encounter, and be ready to adapt in the case of failure or issue.

DB: 我们能从什么渠道了解更多‘Technode’？Where can we find out more about Technode?

化作通变——第七届广州三年展@广东美术馆 | “Symphony of All the Changes”——The 7th Guangzhou Triennial Hosted...