“I think that art is life” – Hoda Mazloomian

DB: Your art is spectacularly colourful and exciting. From where do you seek your inspiration?

Thank you for the compliment! I have a lot of different sources that I am inspired but I have to say, I just love colour. I seem to have a natural sense about how colours go together. Even if there are a complex number of colours, they seem to just fall together in a way that is pleasing to my eye.

Colours tend to omit a sort of frequency and they can vibrate. You can evoke emotion by just looking at colour. For example, people have wept in front of the work of Mark Rothko because they were immersed in a sea of colour and it evoked emotions in them.

There are several artists that I admire for their use of colour, such as: Paul Klee, Vassily Kandinsky, Marc Chegall and of course, Vincent Van Gough. I never consciously copy anyone but these artists and many more would be regarded as my teachers.

Of course, I mustn’t forget that my cultural roots are in Persia. I was surrounded by beautiful Persian carpets growing up which had beautiful colour arrangements. My mother is also an artist and she inspired me. She expresses her sense of colour through the medium of flowers and jewellery.

Credit: “People I would have loved to have a chat over coffee with” collection

DB: What drives your belief that “everyone is an artist”?

I guess it’s because I am universalist and believe that all humans have the potential for genius. People can be skilled in different areas, but you may actually consider anything done with perfection and beauty as an art. Be it gymnastics or singing or making a movie, anything that you can be creative in – even business. When all of that is expressed to its highest levels of perfection, it can be regarded as art.

I’m totally opposed to the 19th century notion of the artist as the selected genius, who must suffer or even die for their art. I think the notion has been engineered by art directors in order to manipulate a few to make a lot of money out of them. It keeps the masses believing they have no talent and that they have to look to a selective few to recognise and appreciate art, as told by the expert.

DB: Does art imitate life or does life imitate art?

I think that art is life.

DB: How has living in different countries around the world influenced both your art and your attitude towards the practice in general?

I think it has widened if anything because I have been exposed to so many different cultures and their art. The psychoanalyst Carl Jung discovered through the study of dreams and cultures of many countries and nations that there are basic ancient symbols that we all share. They’re universal. Archetypes such as the hero, the healer or the solider deeply rooted in human unconscious but are expressed differently in different cultures. I’m fascinated by how similar notions of humanity are expressed in a myriad of different ways and yet they remain united at the core.

As part of my faith, the Baha’i Fsith, I was bought up with the notion that we are at the core all the same but beautiful in our diverse expression of the common truth. The common truth is that there is one Earth and we are all the people of this Earth. And we are one. 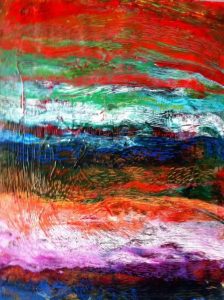 DB: Earlier this year, DB interviewed you about your involvement with Shenzhen’s ‘Chess improvement’ club. Chess tends to be regarded as a more rule-based and strategic game, whereas art tends to be perceived as the opposite. Is there any overlap between your love of chess and art?

The early 20th century artist Marcel Duchamp tended to believe that chess and art are very much intertwined with life. Of course, chess is immediately sculpture on a very simple level because of the pieces on the board. Their different positions create an ever-changing piece of artwork. I am fascinated by the preformative side of chess. Chess is science, sport and art. There is creativity in it as well as hard calculation and drama in the pieces through the beauty of the moves.

DB: Can you tell us a bit about your workshops and your experience of art as healing?

I’m an art therapist. Art therapy is a marriage between art and psychology. After WWI, myriads of soldiers returned from the war suffering from PTSD, then known as shell shock. Art therapy developed spontaneously in the UK and US under different circumstances. It was a creative answer to trauma, particularly for people who found it difficult to communicate their trauma, like the soldiers.

Unlike talking, visuals allow you to communicate multiple concepts at one time. I am a believer in the concept of the wounded healer, where you can empathise with a client because you have also suffered and want to alleviate the suffering of another.

My workshops have been running for several years since I have been in China. Before that, I worked as an art therapist in Europe and the United States. I have been running art therapy work shops where I give a presentation about art therapy. Usually, we work on a particular theme, like love, depression or anxiety and people respond to a theme by making visual representations about how they feel about a subject and then we discuss as a group. So far, people have responded positively to my course.

To find out more about Hoda’s art and art therapy, you can connect with him via WeChat: 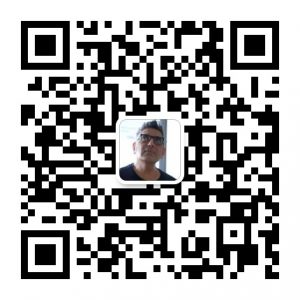 Ms. Skoczek, 波兰共和国驻广州总领事 Consul-General of the Republic of Poland in...