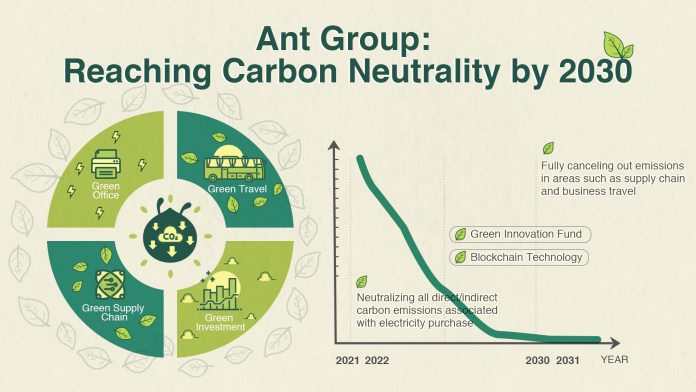 China recently released a long-awaited policy document detailing how the country intends to fulfill its target of reaching peak carbon emissions by 2030. The Action Plan for Reaching Carbon Dioxide Peak Before 2030, takes aim at vast areas of the economy, including polluting commodity industries, transport, and domestic waste, and outlines measures for gradually slowing the emission of carbon, transitioning to renewable energy, and reducing waste.

In the lead-up to the COP26 summit that is taking place over two weeks in early November 2021, China released two of the most significant policy documents on its climate response plan.

The documents titled the Working Guidance for Carbon Dioxide Peaking and Carbon Neutrality in Full and Faithful Implementation of the New Development Philosophy (“Working Guidance”) and the Action Plan for Reaching Carbon Dioxide Peak Before 2030 (“Action Plan”), form the basis of China’s policy framework for reaching its two key carbon reduction targets, reaching peak carbon emissions by 2030 and carbon neutrality by 2060.

The Working Guidance offers an overview of China’s overall plan for reaching both the 2030 and the 2060 goals. The full document is available in English here.

Meanwhile, the Action Plan (Chinese only) provides an extensive overview of the areas of China’s economy that will gradually be reduced or shifted to sustainable energy and methods, in order to slow the growth of high-carbon industries and areas of the economy.

The two documents mark the official launch of the government’s “1+N” policy framework for tackling the climate crisis. First proposed by the National Development and Reform Commission (NDRC) in March of 2021, the policy framework provides a foundation for China’s long-term carbon emissions strategy by outlining key targets and measures in a wide range of industries and sectors of society.

The Working Guidance, released on October 23, represents the “1” part of the policy framework. The extensive, 37-article long policy document outlines specific areas of the economy and society that need to change or develop in order to meet China’s carbon targets. The Action Plan, released on October 24, is the first of the “N” documents and will be followed by several more in the months and years to come.

Overview of the Working Plan goals

The most significant commitments made in the Working Guidance are three major carbon milestones, set for 2025, 2030, and 2060.

The Action Plan tackles the first part of the above goals, providing the initial framework for measures to implement to achieve them.

Overview of the 10 tasks for reaching peak carbon emissions

To reach peak carbon emissions by 2030, the Action Plan largely focuses on controlling the growth of fossil fuel consumption and controlling the growth of energy-intensive industries. At the same time, the plan proposes measures to gradually transition to renewable energy and increase the energy efficiency of new and existing infrastructure, while promoting the ‘circular economy’ to improve resource use and recycling.

The measures cover a wide range of industries focusing, in particular, on the carbon-heavy industries of steel manufacturing, non-ferrous metals, building materials, petrochemicals, and construction. It also provides more concrete measures for reducing coal consumption and switching to renewables.

In-depth: How will China reach peak carbon emissions by 2030?

One of the most critical changes China will need to make is to reduce its consumption of coal. Coal is one of the most polluting forms of energy and is still China’s biggest source of power. The country has cut its overall share of energy derived from coal to 56.8 percent in 2020 from 72.4 percent in 2005, according to statistics from the Ministry of Ecology and Environment (MEE). However, a report by climate and energy think tank Ember shows that the total consumption of coal rose by 19 percent during the 14th FYP period, resulting in China now accounting for 53 percent of the world’s total consumption of coal.

As such, the Action Plan places reducing coal consumption and transitioning to cleaner forms of energy at the top of the agenda.

Among other proposals, the Action Plan calls for:

Note that the ‘scattered’ burning of coal mentioned in the Action Plan refers to the burning of coal for small-scale use, typically by rural households or for smaller-scale businesses and sectors such as farming and restaurants.

One of the biggest obstacles to reducing coal consumption is balancing the reduction of coal with ensuring energy security for China’s population and large, economically significant industries. Recent attempts to curb the use of coal have led to an energy shortage that left some parts of China without power and caused some factories to have to temporarily shut down. In previous years, China has also made attempts to curb the ‘scattered’ burning of coal, particularly by rural households who still rely on this form of energy for heating and cooking in some areas, but had to roll back bans due to a lack of alternative energy supplies.

The use of phrases such as reducing the use of coal “in an orderly manner” is likely a means of addressing what has been seen as the overzealous actions of some jurisdictions to cut coal production and consumption, which has led to past and present power shortages and inflated coal prices.

It is therefore clear that, regardless of how ambitious China’s carbon emissions plans or how urgent the international cries for action are, China’s authorities will not allow people to go without power or heating, which will necessarily require the continued burning of coal until all demand can be met by alternative sources.

The main alternatives to fossil fuels mentioned in the Action Plan are solar, wind, hydroelectric, and nuclear power, as well as other forms of renewable energy sources.

China has already made significant headway in transitioning to renewable energy. According to the China energy report from Ember, China’s relative share of renewable energy resources has grown significantly in the past five years, with the share of solar and wind energy growing to 10 percent in 2020 from just 4 percent in 2015, which is an annual growth rate of 45 percent.

To wean itself further off fossil fuels, China is planning on adopting and expanding the use of a wide range of power sources. Wind and solar will make up the lion’s share, and the Action Plan has set a target of reaching 1.2 billion kilowatts of installed wind and solar power capacity by 2030.

Nuclear power, meanwhile, must be developed in an “orderly and reasonable” way to ensure its safety. Among other proposals, the Action Plan calls for “promoting advanced reactor-type demonstration projects, such as high-temperature gas-cooled reactors, fast reactors, modular small-scale reactors, and offshore floating reactors.”

The Action Plan also calls for the development of other renewable forms of energy in areas of the country where local conditions allow for their implementation. These include biomass power generation, biomass heating, biogas, geothermal energy, wave energy, tidal energy, and thermoelectric power.

To curb carbon emissions, China must tackle its most polluting industries.

Steel production is a notoriously polluting industry and China is the world’s biggest producer of the commodity. Making the steel completely carbon-free is not possible with the current technology available, and China, therefore, plans to slow emissions from the industry by cutting capacity and eliminating outdated production capacity.

The government has been promoting this through a capacity swap scheme for a number of years, under which companies who wish to open steel projects in new areas can do so only if they agree to eliminate capacity elsewhere, usually capacity that is created through outdated and more heavily polluting forms of production.

The current capacity swap ratio is 1.5:1, which means companies need to eliminate 1.5 million tons of steel capacity in order to build 1 million tons of capacity elsewhere. The Action Plan does not set a new capacity swap ratio but reiterates the need to strictly implement the current requirements. In addition, it explicitly bans “added capacity” and urges for the reduction of outdated capacity, which means companies will not be able to open new steel production projects outside of the capacity swap scheme.

The other industries that have made it into the spotlight are non-ferrous metals, building materials, and petrochemicals. The Action Plan also mentions implementing capacity swap schemes for these industries, while calling for the replacement of fossil fuels with renewable energy, such as wind, solar, and hydroelectric power, as well as increasing the reuse of waste resources.

Transportation contributes a significant portion of China’s overall carbon emissions, and as China continues to expand its transport infrastructure, emissions will continue to rise without intervention. The Action Plan takes aim at multiple areas of the transport industry, from private vehicles to freight transport.

One obvious strategy to reduce future carbon emissions is to increase the adoption of electric vehicles. China is already the largest auto market – and largest electric vehicle market – in the world, and the government has already set targets for electric vehicle penetration, requiring that 20 percent of all new car sales be electric by 2025.

The Action Plan expands on this target, requiring 40 percent of new vehicles sold in the year 2030 to be electric, and for a 9.5 percent reduction in carbon emission intensity of operating vehicles from 2020 levels by 2030. Of course, as electric vehicles get their power from the grid, this part of the infrastructure will also have to be decarbonized in order for them to have an impact on carbon emissions.

The Action Plan’s measures for curbing carbon emissions from the logistics and public transport industries revolve largely around increasing efficiency and conserving energy. For freight, this will involve creating more energy-efficient transport routes, such as railway and waterway transport, as well as building more urban and rural distribution centers and “innovating green, low-carbon, intensive, and efficient distribution models”.

Finally, the Action Plan calls for building green and low-carbon public transit systems as well as upgrading existing architecture to be greener, requiring that at least 70 percent of transport infrastructure in cities with over 1 million people be green by 2030.

Another aspect of China’s carbon peak plan is further developing the circular economy. The circular economy refers to China’s plan to increase resource efficiency and the lifecycle of products and commodities. The Action Plan takes aim at a wide section of the economy, from industrial to domestic waste, and sets specific targets for the reuse and recycling of various resources.

For industry, the Action Plan calls for increased recycling capacity in industrial parks. This primarily involves increasing the reuse of waste products created in the industrial process, such as residual energy, water, and gas.