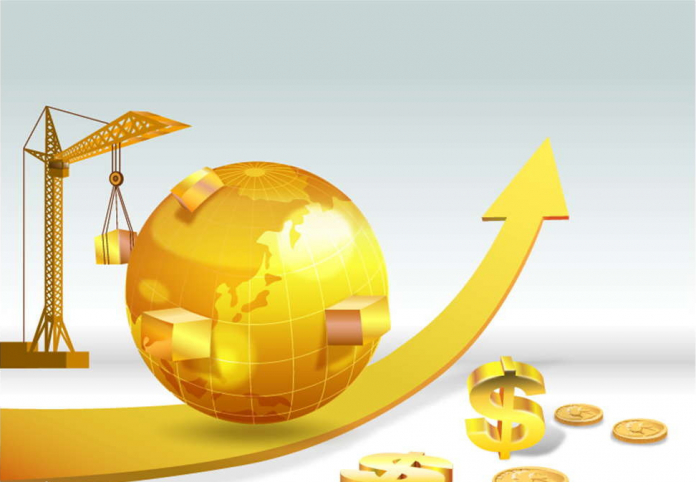 China’s 2019 was a remarkable year, but generally for all the wrong reasons. Facing domestic crises and international disputes, the Chinese government was under a high level of scrutiny throughout the year. Yet, despite the unpredictable environment, China’s economic performance in 2019 was surprisingly stable – another year of gradual economic deceleration and modest reform in a logical continuation of structural trends.

Thus, as 2019 comes to a close, China is wrapping up another year of growth at a notch above six percent. China has taken the slowdown in its stride, continuing to improve on its business environment through targeted reforms like the new Foreign Investment Law and strengthening intellectual property (IP) protections. Here, we review some of the major developments that gripped China in 2019 and offer key takeaways for foreign investors seeking to understand how the regional business landscape is changing for foreign investors.

While the US-China trade dispute started the year before, in 2019 it transformed from a short-term conflict with the potential for a quick remedy into an entrenched standoff.

At the start of 2019, investors and financial markets closely monitored trade talks, hoping for the two sides to strike a deal. Throughout the year, however, American and Chinese trade negotiators frequently expressed optimism for a trade deal that was seemingly close at hand, only to be inevitably followed by backsliding days later.

Now, with the trade war lasting over 500 days and counting, tariffs and trade tensions are increasingly being priced in as a given in the US-China relationship. Trade negotiators have apparently become less ambitious; at the end of the year, what were once negotiations for a comprehensive trade deal devolved into talks for a “Phase One” deal leaving fundamental disagreements unresolved.

While trade negotiations have been unpredictable from the start, they may become even more so with the US presidential elections only a year away. In an election year, US President Donald Trump is likely not to concede to anything that makes him look weak. However, if Trump believes that signing a trade deal can be sold as a “win” to please key constituents – negotiations may be sped up.

Chinese President Xi Jinping, for his part, might calculate that Trump is too unreliable and hold out on a deal in the hopes that an alternate candidate will win the presidency and prioritize resolving the dispute. Further complicating matters has been the inclusion of other political issues driving up US-China tensions, namely, China’s policy in Hong Kong and Xinjiang. Hong Kong has been experiencing social unrest since the summer and it is still active at the close of 2019. The protest movement is the biggest repudiation of party authority in Hong Kong since the territory’s handover in 1997. Though the movement seeks to protect Hong Kong’s autonomy and rule of law, it – along with the government’s response – has brought the city’s economy to a standstill. In the third quarter of 2019, Hong Kong’s GDP contracted by 2.9 percent year-on-year.

While Hong Kong still plays an important role for foreign investors and for China’s economy, the threats to the rule of law it faces risks challenging its status as Asia’s premier financial center. In light of heightened political risks, many investors are now looking to Singapore as an alternative. The geopolitical tensions have not just resulted in slower growth and higher tariffs, but also a more complicated public relations environment for foreign businesses. The NBA, Cathay Pacific, Shutterstock, and DC Comics are among the many brands that experienced PR crises in China in 2019. If foreign businesses have not learned the lesson already, it is clear that businesses across all industries need to be extra careful in their behavior not just in China, but around the world, or risk a fierce backlash.

Despite the trade war and other economic headwinds, China managed steady growth in 2019. While GDP growth fell to a low of six percent in Q3, China is on pace to hit the lower end of its growth target of 6-6.5 percent for the year.

But beneath the surface, signs of economic weakness became more visible as the year progressed. Because the Chinese state continues to exercise high levels of control over the economy, GDP growth is in many ways as much of an input as it is an output. Growth is not necessarily indicative of the “real” state of the economy, but how much credit the government is willing to inject into it.

A closer look at sector-specific performance shows that the economy has shown signs of vulnerability in 2019. For example, profits in the manufacturing sector declined by 4.9 percent from January to October, while profits for industrial firms fell by 2.9 percent in the same period. In October, auto sales declined for the 16th consecutive month as consumers held off on big-ticket purchases amid economic uncertainty.

Moreover, regional disparities in economic growth grew wider throughout the year. While China’s most developed cities, like Beijing and Shenzhen, are successfully transitioning to knowledge-led economies, the country’s northern industrial regions are stagnating.

Meanwhile, while China’s inland regions generally continue to grow more rapidly, they are at greater risk of being hit by the government’s continued debt derisking campaign because of their higher reliance on investment. By the end of the year, China is likely to surpass its record for corporate bond defaults that it set last year.

That the government continued its debt derisking campaign despite economic headwinds in 2019 is a positive for the long-term sustainability of the Chinese economy. In the short term, though, it may continue to pose challenges for investors.

In terms of practical economic reforms, 2019 was a relatively quiet year. In the face of domestic challenges, party leadership prioritized ensuring political stability over experimenting with new reforms. Nevertheless, while 2019 was not a marquee year for economic reforms, the government still rolled out some notable new laws and policies.

The most significant of these is the Foreign Investment Law, which introduces a new legal framework for managing FDI in China.

The Foreign Investment Law streamlines disparate laws and regulations governing foreign investment and adds additional protections – including explicitly banning forced technology transfers. While foreign investors are still waiting on additional guidelines and circulars to add more details to the law, some are wary of vague language that may limit the law’s protections.

Besides new protections included in the Foreign Investment Law, China released an updated Trademark Law, which came into effect on November 1. The Trademark Law increases protections against bad faith trademark filings and punishment for infringement is now more severe.

While the last significant expansion of FTZs concentrated on opening up China’s inland regions, this round includes regions from all over the country: Jiangsu, Shandong, Hebei, Heilongjiang, Guangxi, and Yunnan. In another bid to boost consumption and stimulate the economy, the government also cut value-added tax (VAT) rates and increased the scope of VAT deductions.

Despite these various reforms, 2019 did not boast any major changes, such as the VAT and transfer pricing reforms of previous years. However, the VAT rates were lowered this year, in a move that helped businesses amid a prolonged slowdown.

China’s 2019 was defined by geopolitical challenges. For foreign investors, this has meant prolonged uncertainty and heightened risk exposure.

These tensions – along with rising costs and slowing growth – led many investors to take steps to diversify their exposure and relocate parts of their business to other Asian markets, including to Vietnam, Indonesia, and India.

The partial pivot away from China is, however, in large part due to natural market factors relating to China’s heightened level of economic development, and has been years in the making.

Yet, 2019 may eventually be looked back upon as a turning point for many foreign governments and businesses in determining how they interact with China. In 2019, China’s tensions increased not just with the US, but several other countries, including Australia, Canada, and some European states.

Going into 2020, these geopolitical tensions show no signs of letting up, regardless of whether a US-China trade deal is finally signed.

The actions to be taken by Chinese and foreign leaders will determine whether 2019 is remembered as the year when relations between China and the West permanently fell apart, or as a low point in advance of a reconciliation.