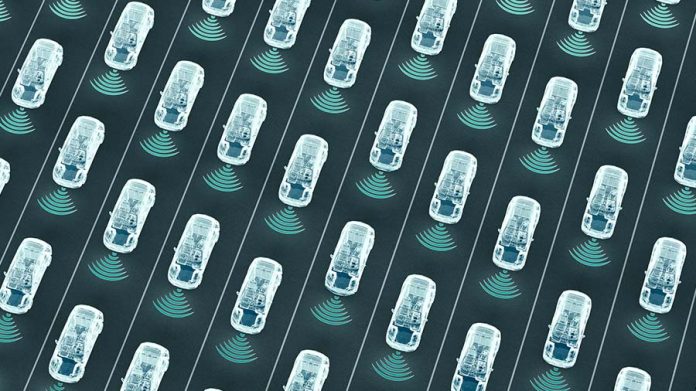 Billions of dollars being invested by US, EU, Japan, and South Korea into a new production wave of EV and AV auto tech in China.

Back in 2005, I was attending an Economist annual China Conference in Beijing, a big deal at the time and one where senior Chinese officials and business leaders all spoke about the opening up of China, what this meant, and where the opportunities were. I recall attending a session on China’s auto industry – our firm, Dezan Shira & Associates, had been involved with structuring some small JV investments into Shanghai and Changchun for Fiat and were advisors to the then MG Rover group, among others. That meant I had visited several Chinese auto factories, such as FAW, and the huge, if somewhat underutilized production facilities they had.

At the end of that Economist session, I heard a large, boisterous, and somewhat arrogant American auto executive (you know the type) boldly proclaim that despite what we’d heard in the meeting, ”China will never overtake the US auto market!”

But just four years later, all that unused capacity I had seen in Chinese auto factories was heavily into production, and China, by 2009 was indeed the world’s largest auto manufacturer.

Automotive is a key industry, especially for developing nations as it produces an array of second and third tier manufacturers, all supporting the major global manufacturers. So, it was in China at the time, when all sorts of different foreign investors turned up to establish WFOEs or create JVs. There were companies involved in high tempered glass, manufacturing windscreens, companies that specialized in wing mirrors, tire manufacturers, companies that made component parts for tires, such as steel wire, rubber, and the chemicals used. There were car seat manufacturers, engine part makers, sunroof manufacturers, car key makers, steering wheel designers, and headlight bulb installers. The list went on and on, with the added kudos of Shanghai hosting the F1 Grand Prix. These were heady days and were followed up by Chinese state-owned enterprises (SOEs) buying well established international auto brands. Put simply, the Chinese manufacturing process could make cars faster and more cheaply than many of the global manufacturers, a similar situation that had seen the likes of Toyota take a chunk of US market share in the 1990s.

Today, China hasn’t just overtaken the US auto manufacturing market in terms of size, it completely dominates in terms of production. In 2018, the US manufactured 11,314,705 vehicles. China produced 27,809,196. The third largest auto manufacturer, Japan, produced 9,728,528 vehicles, with India fourth with 5,174,645, meaning that China produced more than the total number of vehicles made by Japan, India and the United States combined. Germany, the largest European manufacturer, made 5,120,409 units.

A new wave, however, is coming. What was manufactured before was old tech. Now we have new tech, in the form of NEV’s – both driverless and electric vehicles, and this is ushering in a new wave of investment into China – and why wouldn’t it? China is the world’s largest automotive manufacturer and has the largest global auto consumer market.

This new wave of NEV vehicle production in China is already underway and is a multi-billion-dollar investment spend, happening right now to get into the market. China opened up part of its self-driving auto industry to foreign investment earlier in the year. The market analytics firm IHS Markit predicts that China’s shared mobility market will reach a valuation of RMB 2.25 trillion (US$352 billion) by 2030, or a compound annual growth rate (CAGR) of 20 to 28 percent. If AVs can penetrate this market, the rewards may be enormous. There is wide scope in the fields newly open to foreign investment, including areas such as hardware development and manufacturing, autonomous driving technology R&D, security technology R&D, and development of testing and evaluation mechanisms, among others. We discussed the regulatory aspect to these investment opportunities in some detail here.

Getting to who has been investing and committing hard capital into China, in the latest issue of Asia Investment Research (downloadable here) we note that in just the last quarter, billions of dollars were invested into China’s NEV industry. German investors have been making significant investments, for example, with 12 announced investments – either VC injections or JVs. These included BMW (a new US$3.9 billion plant), VW (a new factory), Porsche and Daimler, two JVs with CATL and Geely, two JVs via BASF, a minority investment into circuit boards and VC/growth capital investments into Chinese robotics – looking at driverless cars.

China auto tech is very much a hot market right now, with the United States also making two sizeable investments automotive tech, including one by Intel into Geely, and France’s Renault restructuring and recapitalizing its China JV.  Sweden has also been busy with restructuring Swedish capital investments into China’s automotive sector, four of which were related to preparing Volvo for its EU IPO. That needs to excite investors with new auto tech vehicles.

Mazda also restructured both of its auto Chinese JVs, while South Korea’s SK Innovation, a leading NEV battery maker, announced a US$1.04 billion investment in a new battery factory in China, showing the changeover to EV is being motivated with increasing RCEP trade cooperation. RCEP – the Regional Comprehensive Economic Partnership – is a free trade agreement that has just been ratified. It includes all 10 ASEAN nations, China, Australia, New Zealand, Japan, and South Korea. SK Innovation know that by the time their new EV battery manufacturing plant is ready in China, the RCEP deal will be in force (January 1, 2022) and they will be able to use that production facility to sell across the RCEP free trade area. Expansion will almost certainly be very soon required to meet demand.

Shanghai’s NIO Capital put money into Lotus, a UK auto sports car brand (previously featured in several James Bond movies), which is already in Chinese and Malaysian ownership. That investment was made into an upcoming Chinese auto product (we suspect an EV sports car) and was capitalized at US$2.3 billion. EVs need fuel, right? Shell and Shanghai Electric formed a JV in green hydrogen in the last quarter with green hydrogen technologies that will be part of the next wave of auto energy. New tech, new engines.

This wave of New Auto investment will spur, just like the old wave of auto investment, new layers of investment into China. The likes of BMW, VW, BASF, Mazda, and so on will soon be requiring their own new auto tech suppliers to support them. Investment may well be available from China to help them do that. Another trend spotted at Asia Investment Research is the new China SOE policy of taking strategic, yet minority stakes in foreign companies that can bring in the right expertise. That is also happening now – the next issue of Asia Investment Research covers this very subject and is out next month. If you want to have examples of Chinese companies putting in minority equity stakes into foreign new tech businesses home and abroad, and how to attract that, you can reserve a copy here.

It’s not just auto though that is attracting investment into China. China’s middle class consumer base today is about 700 million and will grow to 1.3 billion by 2030. That represents lifestyle upgrades and changes, a sector that the Italians are investing hundreds of millions of dollars into China right now. To take a look at that overview, please click here.

New tech and new lifestyles await a post-COVID world. Billions are being invested in that change as we speak. Getting to know where the foreign capital investment flows are going are primary opportunity signals for foreign investors. Make sure you have the resources to hand to react before your competitors do.