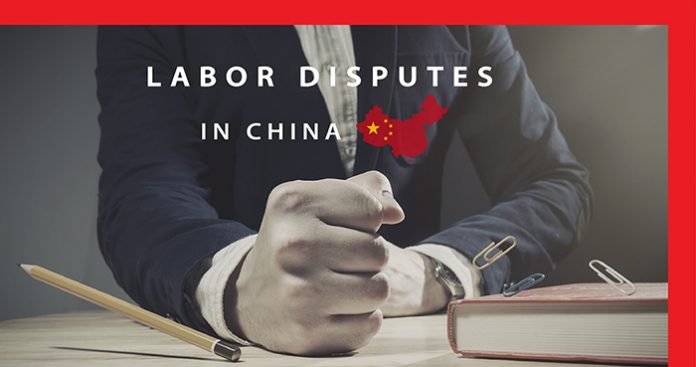 Posted on June 20, 2017 by China Briefing
By Chet Scheltema

Negotiated settlement is often required to sever the employment of a senior manager with minimal disruption and expense. This is nowhere more true than in China, where private dispute resolution is strongly favored.

However, in China, the labor dispute system encourages compromise and payment of severance. In some cases, this can encourage employees to negotiate aggressively to force employers into uncomfortable concessions.

For foreigner managers accustomed to dispute resolution processes in the West, where establishing fault and faultless behavior is seen as paramount, especially where fraud or bad faith exists, a greater emphasis in China on making concessions and paying severance to an opportunistic employee may be a bitter pill to swallow. Yet, it may be the most practical recourse.

In this two-part article, we outline the “lawful” ground for termination, and the inherent pressures in the Chinese labor dispute system to settle disputes by compromise and concession.

In order to unilaterally terminate employment in China, an employer must establish “lawful” grounds. Otherwise, the termination will be deemed “unlawful”. If deemed unlawful, severance or reinstatement (with back pay) may be mandated.

When a labor dispute, arbitration, or litigation extends over a period of months, or even years, an “unlawful” termination finding may require reinstatement and back pay, resulting in a very expensive conclusion to the dispute. Employers in these situations often offer the employee even more money just to “go away”.

In this context, understanding the standards for termination becomes increasingly important for employers. These standards are as follows:

Standards for immediately terminating an employee

Grounds for termination by 30 days prior notice

How the system encourages compromise and settlement

What is critical to understand is that the burden of proof in a dispute falls squarely on the employer. Further, there are also strict evidentiary rules that employers often cannot meet.

No matter how egregious an employer’s behavior may have been, including in cases of fraud or other notably inappropriate behavior, the employer is still burdened with presenting admissible evidence sufficient to support its claims. Otherwise, a decision for the employee may be the inevitable result.

Besides the burden of proof, employers must bear in mind that the above-outlined standards justifying termination are subject to the interpretation of arbitrators and judges. Consequently, some arbiters are simultaneously empowered to pressure the employer and the employee to settle and compromise at multiple points in the process. This typically results in the payment of some severance to the employee as part of the settlement.

After all, compromise means that both parties acknowledge some form of culpability. Of course, the arbitrator or judge’s sense for where fault lies can, and likely will, influence how she or he “encourages” disputants to compromise.

An “informal” labor dispute becomes “formal” when an application for arbitration is made and accepted by the Chinese labor bureau. A formal process can be extended past arbitration by appeal to the civil courts. But intervention occurs at numerous points in this process to encourage settlement by negotiation and compromise.

On-duty mediators review every arbitration application submitted at the Chinese Labor Bureau. During this review, they seek cases where they may intervene to offer help. These mediators are often retired government employees experienced in Chinese labor law and dispute resolution.

Although this intervention is not a formal process of labor arbitration, the mediators are an official part of the dispute resolution process and are organized and supported by authorities. In this way, this form of intervention can be seen as the initial attempt to intervene and filter out non-substantive or low-value cases, avoiding the time and resource consuming arbitration process.

Normally, no written communication ever takes place. There is only a phone call offering to help to mediate a resolution with a “low pressure” chat. Because authorities do not consider it an “official” process, employers or employees can reject the offer without consequence.

If such pre-arbitration mediation does not succeed, then labor arbitration commences. At the end of the initial hearing, there is a mandatory attempt to intervene and resolve the case by guided mediation.

When the hearing ends, the arbitrator will present the employer and employee with the option to speak privately with the oversight of the arbitrator to negotiate and resolve the dispute. As the arbitrator is familiar with the case, the arbitrator will attempt to guide the negotiation toward a certain outcome. Professionals that have gone through the process say that arbitrators sometimes hint at the likely outcome to encourage one of the parties to settle along suggested lines.

If, on the other hand, the parties are unwilling to accept the decision, then either party may appeal the case to the civil litigation court system of China.

Once a party files a case with the civil courts, the in-charge judge will assign a mediator to review the case with the employer and employee to attempt to encourage them to resolve the case by mediation and forestall litigation.

If the parties persist in disputing, then the civil court judge will hear the case, just as the arbitrator had. And just as was the case in arbitration, prior to issuing a decision, it is mandatory that the judge once again present the employer and employee with the option to negotiate a compromise.

The judge oversees and guides such mediated negotiation and attempts to lead the disputants toward the results the judge senses is most appropriate. If a compromise cannot be reached, then the judge issues a judgement.

In each city in China, there are multiple districts, each of which is delegated responsibility to manage disputes of that district. Central government authorities review the performance of districts annually, including the percentage of cases resolved by mediation and settlement. If low results are recorded in some districts following the review, authorities may advise low performing districts to consider mediation as a means to settle some of the cases.

Consequently, authorities indirectly incentivize arbitrators and judges in many districts to compromise and settle. For the employer, that typically means offering severance of one amount or another to an employee engaged in a work dispute.

Why do authorities favor mediation and settlement to formal resolution by arbitrator or judge?

First is an obvious practical concern: there are just not enough judges and arbitrators to handle the heavy caseload that would result if all, or even a portion of, disputes were carried through to a formal decision. Clearing one’s caseload and resolving disputes as quickly as possible is every bit the priority as is carefully considering and reaching a fair and equitable result in every dispute considered.

Further, there is a widely acknowledged Chinese cultural preference to resolve disputes by private compromise. Bringing an official, public claim against another person carries a tone of grave seriousness in a culture where disputes are handled quietly and privately.

Finally, old China hands might suggest that Chinese officialdom, in general, has a predilection to avoid potentially alienating decision making, as it can leave a decision-makers exposed.

In Part 2 of this article, we will discuss aggressive negotiating tactics in China, and how to prepare for labor disputes.

China Briefing is published by Asia Briefing, a subsidiary of Dezan Shira & Associates. We produce material for foreign investors throughout Asia, including ASEAN, India, Indonesia, Russia, the Silk Road, and Vietnam. For editorial matters please contact us here, and for a complimentary subscription to our products, please click here.

Dezan Shira & Associates is a full service practice in China, providing business intelligence, due diligence, legal, tax, IT, HR, payroll, and advisory services throughout the China and Asian region. For assistance with China business issues or investments into China, please contact us at china@dezshira.com or visit us at www.dezshira.com